Earlier in the season, viewers met Danielle, a woman suffering from a large Bartholin gland cyst. Dr Peter Weiss offered to take care of the cyst for free, and The Doctors were there as she got it removed after 15 years! He numbed the area and then used a scalpel to allow the cyst to drain, and Danielle admitted she could feel immediate relief. He showed her just how much fluid was removed, and it’s no wonder she was so uncomfortable! There’s a small chance it could come back, but there are plenty of ways to take care of it if it does. 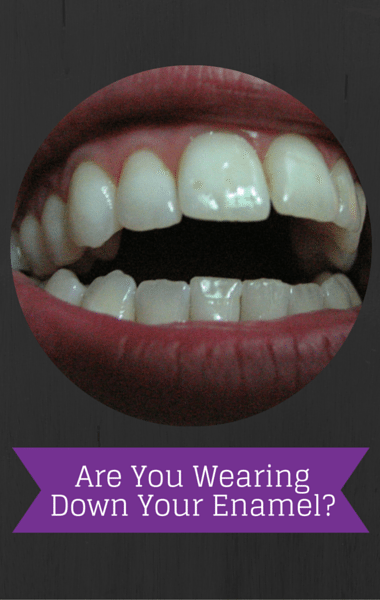 There’s a good chance you could be wearing down your enamel and not even know it. The Doctors explained how you can take better care of your teeth. (mpa / Flickr)

Cosmetic dentist Dr Clint Newman then sat down with Dr Travis Stork to talk about the biggest issue affecting Americans’ teeth today. He first wanted to publicly thank Clint for helping him through a very tough time about a year ago as he went through a divorce, saying Clint was one of his best friends. Then, Dr Newman explained that people drinking acidic drinks like diet sodas, juices, and sports drinks, are slowly eroding their teeth by pulling calcium out of their teeth.

If you drink an acidic beverage, wait at least an hour to brush your teeth. The acid soften enamel structure, which means you can slowly brush away your enamel over time. If you don’t want to wait an hour, flush your mouth out with water or chew sugar-free gum to activate your salivary glands.

The Doctors: Visit With The USA Water Polo Team

Next, Dr Andrew Ordon showed footage of what happened when he met the U.S. water polo team to find out what it takes to be an Olympian. They train about seven hours a day for six days a week, for about 10 months out of the year. Shawn Hueglin, the nutritionist for the team, explained that it’s important to be sure they’re getting the right amount of calories to help them maximize muscle mass, maximize recovery, and optimize hydration. She’ll make them recovery smoothies and prepare meals that will give them the nutrients they need throughout the day. Dr Andrew Ordon then stripped down to a Speedo for a team photo, before diving into the pool to play around!

Next, The Doctors shared that Diane von Furstenberg and her husband loved their Jack Russel Terrier so much, they paid a Korean cloning firm 100,000 bones to duplicate the dog’s DNA and ended up with two Jack Russels that are almost exact replicas. As Dr Ordon said, he would’ve like to see that amount of money go toward rescuing dogs instead. Undoubtedly, it’s a controversial and unique situation.

Unique was the word of the day and you can use the word unique on The Doctors’ website to enter for a chance to win a Black and Decker lithium ion vacuum worth $99.

The Doctors: Allergy & Asthma Network Partnering With Doctor On Demand

For The Doctors’ News in 2:00, it was reported that an estimated 50 million Americans suffer from allergies with another 17 million suffering from asthma. The illnesses account for over 14 million work days lost because of doctor visits. The Allergy and Asthma Network is partnering with Doctor on Demand to bring healthcare to you wherever you are. The partnership is a way to help bring care to those living in under-served or rural communities, who would otherwise have to travel long distances to meet with an allergist.

Over 15 million people in the world suffered from epilepsy, a disorder characterized by unpredictable seizures. In the new documentary Seized, four people are followed as they cope with different version of the disease and try different courses of treatment. The film also gives a look into medical professionals working on research and treatment for the disorder.