The Doctors kicked off their episode by talking about how medical mistakes are the third leading cause of death in the U.S. This episode was all about divulging what doctors won’t tell us in order to give us the information we need to make our own decisions. 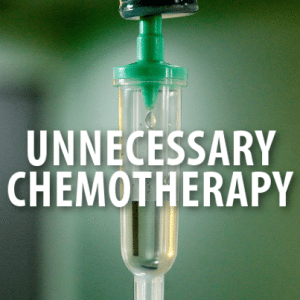 The Doctors discussed a doctor who purposefully misdiagnosed people with cancer and gave unnecessary chemotherapy in order to pocket millions of dollars in medicare money. (Cbenjasuwan / Shutterstock.com)

If medical mistakes and over treatment were a disease, it would rank as the number three worst disease after heart disease and cancer. Doctors are required by insurance companies to diagnose their patient on the first visit, so doctors have to jump the gun on what’s going on without the benefit of added time with the patient and in-depth examination. Worse, doctors have a quota of how many patients they are required to see in an hour. And the quickest way to get patients out the door in a happy and satisfied way is to give them a prescription.

A Michigan doctor is accused of intentionally misdiagnosing people with cancer and prescribing unnecessary chemotherapy in order to make more money. Dr. Farid Fata is accused of health care fraud, including $35 million in false Medicare claims. They also say he kept patients on chemotherapy longer than necessary to cash in on the billings.

Maggie, one of this doctor’s patients, came by The Doctors to tell her story. She was referred to Dr. Fata by her primary care physician. Dr. Fata did a blood test and told Maggie she had a blood disease and cancer. He was very adamant about her starting treatment right away, so she did the chemotherapy the next day.

“My quality of life went from being me active with my family to being bedridden. And it happened so fast, my husband thought maybe we should seek a second opinion,” she said.

The Doctors: What Is Peripheral Neuropathy?

So they went for a second opinion and the other doctor said it’s not cancer. Maggie said that they switched doctors right away, but the damage had already been done. As a result of the chemotherapy, Maggie developed a condition known as Peripheral Neuropathy, which gives her a burning and pain sensation throughout her body. She said it feels like her legs and hands are asleep all the time. She described it as a “thousand bee stings.” Maggie filed a medical malpractice lawsuit on Dr. Fata and won a settlement.

The Doctors: Oncology Nurse Speaks Out

Angela, an oncology nurse for 23 years, interviewed for a position as an infusion nurse at Dr. Fata’s office three years ago. She job-shadowed with one of the nurses. “Fifteen minutes into being with one of the nurses, I knew that I was not going to work there. I kept looking at all of the IV bags hanging up and everything that I saw was not being given correctly. I was supposed to spend half a day at the office, I ended up leaving after an hour and a half. I couldn’t get my coat on fast enough,” she said.

Angela said she wished she could have gone back into the office and rescued all of the patients, because she knew they were not being treated right. She filed a complaint form with explicit detail, naming the medications she saw not being given correctly and citing OHSA violations. 13 months later, she received correspondence that said there wasn’t enough evidence to warrant disciplinary action and that the case was closed.

“I was angry. It’s hard enough to get a cancer diagnosis. But when you walk into that clinic and you look at the doctor and you look at the nurses, you go in with hope and a fighting chance that you could beat this disease. That man took away that hope,” she said.

The Doctors: How Did This Happen?

The Doctors received a statement from Dr. Fata’s attorney that said Dr. Fata proclaims his innocence. Dr. Travis also noted that it’s not their job to play judge and jury.

Board-certified oncologist Dr. Lawrence Piro came on to say that in every profession, there’s a spectrum of people who are below average, average, and amazing. He said mistakes do happen. However, it’s a different beast entirely when a doctor intentionally makes up diagnoses and give them things that can harm them.

The prosecution in this case claims that Dr. Fata filed $150 million in Medicare claims in the past three years. Dr. Martin Markary, another specialist, said that there reaches a point in a doctor’s career where they realize there’s very little oversight in what they’re doing. He said that can bring out the worst in some doctors. Most oncologists are “saints,” he said. He also said Angela was a hero for what she did.

Maggie said if she could do it again, she wouldn’t have rushed into chemotherapy just because a doctor told her she needed it. She said it’s important to seek a second opinion before undergoing a procedure like that, especially as quickly as she did.