Hungry Girl Lisa Lillien’s newest book is “Clean & Hungry” and it’s all about cooking with fresh food without sacrificing flavor. Clean eating seems to be the latest trend, but many people are confused or intimidated by it. Her book shows people how to realistically enjoy real food, and each recipe is under 375 calories.

An example is her Mexican stack which is made with a cauliflower crust between healthy vegetables, cilantro, corn, beans, and mushrooms. As Lisa pointed out, when you use produce, you get to expand the portion size because you can eat a lot more for fewer calories. You can also use spiralized zucchini instead of spaghetti and pair it with fresh avocado and shrimp for a lighter, tasty pasta dish. Try making a creamy pasta sauce out of Greek yogurt instead of heavy cream. 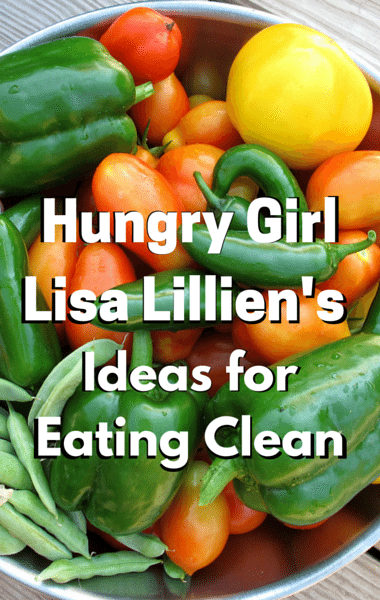 Lisa also likes to make healthy crepes with protein powder and egg whites. She then stuffs the crepe with feta cheese and spinach. You can get these recipes and more in Lisa’s new book!

The Doctors: ThermiRase To Erase Wrinkles

About three years ago, Marcella noticed wrinkles on her forehead and in between her eyebrows, feeling like they made her look more tired. She tried two treatments, including Botox, and was thrilled with the results. But after the Botox started to wear off, she went back for another treatment. A week and a half later, she noticed zero results, realizing that the product didn’t work at all. She tried a different doctor who injected four units into her forehead, and she had immediate flare-ups with welts all over her forehead that lasted four days.

Marcella was desperate for something that would work to remove her wrinkles, without causing a negative reaction. Marcella tried ThermiRase, which can trace out the paths of the nerves that cause the muscles to move and a tool is inserted under the skin to damage the nerve using radio frequency heat. That prevents the nerve from functioning like it normally would, which then reduces wrinkles. Dr Billy Groff has patients who had the procedure done five years ago and they still have smooth skin without wrinkles.

ThermiRase costs $2,500-3,000 which could be a worthy investment if you’re constantly going back for more Botox.

The Doctors: Update Your Wardrobe For Free

Then, Arthel Neville shared three ways to upgrade your wardrobe for spring, for free! She suggested putting your winter clothes in a suitcase and then storing them during the warm months to get them out of your closet. Then, if you have those annoying plastic hanger straps on any of your shirts, Arthel suggested you use a baby pin to pin them down so you’re not constantly worrying with them. For sweater pilling, use a razor and gently shave off the pilling.

Shape was the word of the day and you can use the word shape on The Doctors’ website to enter for a chance to win the Shark Rotator Powered Lift Away Vacuum.

For The Doctors’ News in 2:00, it was reported that a new study found that potty training your toddler before the age of three can have some adverse effects. Researchers at Wake Forest University found that toddlers trained early, would later develop wetting problems. In the report, it was found that “children don’t have the judgement to respond to their bodies’ urges in a timely manner [which could put them] at a high risk for becoming constipated.”

Kim Kardashian recently boasted in an interview that 2-year-old North was already “halfway potty trained.” The study encourages parents and celebrity role models to delay potty training and to temper their expectations for babies.

According to “The New York Times” just before his death, Prince had been seen by a local physician who ordered tests and prescribed an undisclosed medication. It has not be determined if that prescription was ever filled. There is still no official cause of death, but investigators suspect a “prescription drug overdose is to blame.”

At the Cannes Film Festival, Julia Roberts and George Clooney promoted their new film Money Monster. In a recent interview, Julia explained that she and her family definitely try to eat mindfully and tells her three kids “you have to eat the good stuff to get the good stuff.” On exercise, Julia said “if [she] knew all the things to do [she] would probably look like [she] was put together with tape.”

Her daily routine is to stay calm, be joyful, drink plenty of water, and get enough sleep.