I wear something different to bed over night, thankfully! How often do you wash your pajamas? 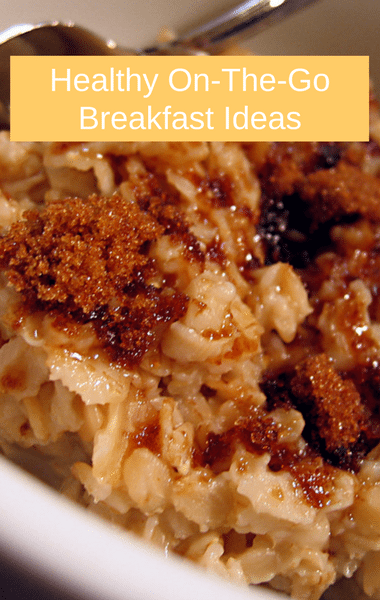 Lisa Lillien was back on The Doctors to share some of her favorite on-the-go breakfast ideas to keep you fuller, longer. (nate / Flickr)

On a different note, The Doctors are practically begging you to stop skipping breakfast! The author of “Hungry Girl Clean & Hungry” Lisa Lillien wanted to prove that time is no longer an excuse. Overnight oats are a great grab-and-go breakfast idea. The night before, throw some of your favorite ingredients into a mason jar or to-go container and let it sit in the fridge overnight. When you wake up, you’ve got a healthy and filling breakfast ready to eat whenever and wherever you go!

Of course you’ll want to use oats with some sort of milk like almond milk, but the rest is up to you! Lisa suggested pumpkin puree, pumpkin pie spice, chia seeds, Greek yogurt, and a low-calorie sweetener. I like to add vanilla almond milk, chia seeds, cinnamon, and vanilla extract. Overnight oats are loaded with protein and fiber to keep you satisfied for longer!

Another portable breakfast Lisa likes to make is an egg mug. She cracks an egg into a mug and then whips it up with chopped mushrooms, spinach, and blue cheese. After a minute or so in the microwave, you have breakfast! It’s really that easy! Naturally, there’s the obvious on-the-go breakfast: a smoothie! But instead of heaping spoonfuls of peanut butter, try powdered peanut butter for all the flavor and half the calories!

Face was the word of the day and you can use the word face on The Doctors’ website to enter for a chance to win the Intellibed contour pillow.

In The Doctors’ News in 2:00, it was reported that Austin Powers star Verne Troyer opened up for the first time on Oprah: Where Are They Now? about his near-death experience when he was just 2-months-old. He explained that his family was Amish and he had nearly experienced what’s called cradle death, when he wasn’t getting enough oxygen while sleeping. Luckily, an aunt who left the community rushed him to the hospital, where doctors told his father there was nothing they could do, but his dad wouldn’t take that for answer.

Leonardo DiCaprio‘s passion for climate change awareness could be his legacy. In the new documentary, Before the Flood, produced by the actor, he attempts to engage the world in a conversation about climate change, because it’s too-often ignored. The documentary will air on the National Geographic Channel on October 30 2016.