The Doctors: Leaving Water Bottles In A Hot Car?

Reader’s Digest Editor-in-Chief Liz Vaccariello came by to talk about their March issue, which talks about a number of things people often do and determines how healthy they actually are. First up, plastic water bottles left in a hot car. The story goes that chemicals in water bottles are released into the water when heated up, especially BPA, and can cause cancer. Sheryl Crow attributes her cancer diagnosis to drinking these. Is this fact or fiction? 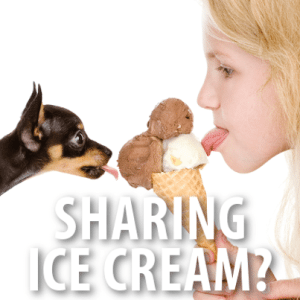 The Doctors talked about several risky decisions people make, like driving in flip flops and sharing an ice cream cone with your dog. (Ermolaev Alexander / Shutterstock.com)

Liz Vaccariello said that a lot of water bottles are phasing out BPA and that if you drink water from a bottle with the number 1, 2, 4, or 5 in the little triangle on the bottom, you’re probably okay. Probably okay is the best The Doctors could do here.

Liz Vaccariello added that if you use a sports bottle and you open it with your thumb, you’re potentially getting germs into the water bottle. Those germs can fester a great deal in a hot car.

Dr. Travis recommended everyone get a reusable water bottle that they know doesn’t have BPA or other dangerous chemicals in it.

The Doctors: Sharing An Ice Cream Cone With Your Dog?

Next up was whether it’s unhealthy to share an ice cream cone with your dog. A lot of people do this and in my personal opinion, those people are gross. Apparently a lot of celebrities have been doing this lately, which is glorifying the trend.

The Doctors: Driving In Flip Flops?

It turns out that driving in flip flops can also be dangerous. Dr. Jim Sears said that this is “California cool,” but flip flops can slide off and get stuck on pedals or hold down the pedals on their own. It’s safer to drive barefoot than to drive with flip flops. 1.4 million accidents are caused by drivers wearing flip flops.