Home > The Chew
When you buy through our links, we may earn an affiliate commission. As an Amazon Associate we earn from qualifying purchases. Learn more.

The Chew: The Importance Of Breakfast

Clinton Kelly kicked off The Chew January 28 2013 by talking about breakfast foods, which he said were important because they help you lose weight.

Daphne Oz said that eating breakfast is your way of telling your body it’s awake. She said that’s why it’s so important to eat a healthy breakfast. She said it’s important to have lean protein, complex carbohydrates and healthy fat. 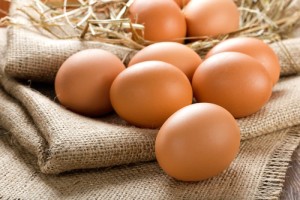 What does the way you like your eggs say about you? A lot, according to Clinton Kelly on The Chew January 28 2013.

Daphne said whole wheat toast with poached eggs or almond butter and bananas and oatmeal with blueberries or strawberries were some of her favorite breakfast foods. Oz said she loves to eat smoothies. She even mixes in her fish oil and vitamin d pills.

The Chew: What Do Your Eggs Say About You?

Clinton Kelly said that the way you eat your eggs says a lot about you. He said if you like your eggs poached, you’re typically older, happier and have a good sense of style.

Fried eggs people have the highest sex drive of all egg eaters. Daphne Oz, who raised her hand for fried eggs, wondered how they came to this conclusion.

Boiled egg eaters are careless, impulsive and disorganized. Scrambled egg people are guarded and more introverted. Omlette people are great at giving advice. Carla Hall raised her hand for the scrambled eggs and Michael Symon said that it must be wrong, because she’s an extrovert.

Clinton Kelly said that in the United Kingdom, they’re trying to ban sugary cereals that are more than 30 percent sugar.

Daphne Oz said that people will find a way to eat the sugar, whether it’s cereal or not. Michael Symon said he disagreed, because he thought that if the options were limited, people would make the right decisions.

Clinton Kelly said as an adult, if he wanted a bowl of cereal, he should be able to have it. Mario Batali said limiting it might be a good idea for health, but it’s a bad message for business in general. Daphne Oz said an important point is that we’ve made it really inexpensive to eat terribly and really expensive to eat healthy. She said something should be done about that.

Clinton Kelly unveiled some of the worst failed breakfast foods. These included jars of baby food called Singles advertised for single adults, OJs – orange juice flavored cereal and Reddi-bacon – bacon that is made in the toaster, but accidentally resulted in a lot of broken toasters because of the fat that dripped off into the bottom of the toaster.