Kraft Foods, the makers of Velveeta, have said that this shortage is a temporary problem as a result of high demand due to the holidays and the upcoming Super Bowl. Do you use Velveeta in any favorite dips or party recipes?

Like this idea? Check out more great homemade imitations: 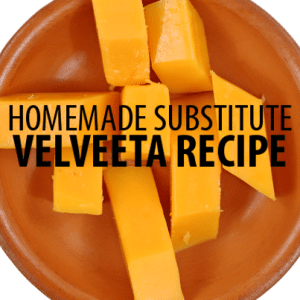 The Chew crew responded quickly to rumors of a Velveeta shortage on the East Coast. Michael Symon sprang into action with his Block O Cheese Recipe.

Cheese is a fan favorite ingredient, and Carla Hall thought it was interesting that the shortage was primarily affecting customers on the East Coast. Do you think Velveeta is more popular in some areas of the country than others?

The Polar Vortex has made all forms of transportation and delivery more difficult, but a good chef knows how to improvise when the moment calls for it. Enter Michael Symon with his Block O Cheese recipe.

For those who do have access to Velveeta, it is shelf stable, which means you can stock up if you feel the need.

Powdered milk works here to give the snack a creamy mouthfeel.