Daphne Oz teamed up with Tyler Blackburn from the ABC Family series Ravenswood for a Chicken Pad Thai Recipe.

Ravenswood is a spinoff of Pretty Little Liars, and Blackburn explained that it centers around a deadly curse that dates back 100 years. He said that he thinks of it like an updated version of Scooby Doo.

You can check out Ravenswood starting October 22 on ABC Family. The show films in New Orleans, and Blackburn said it has a heavy energy. He said he has been tasting the local cuisine, but not the suffocating heat.

At age 27, Blackburn said he would still dress up for Halloween, but he tends to put together his costume at the last minute. Last year, he dressed as Charlie Chaplin. 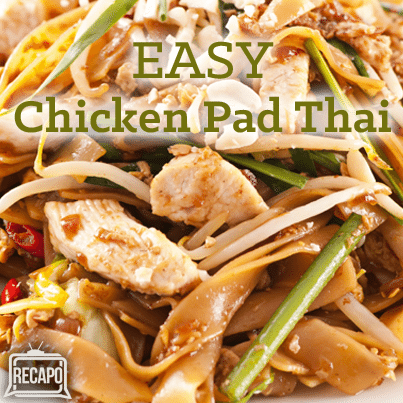 The Chew’s Daphne Oz worked with Ravenswood star Tyler Blackburn on a Chicken Pad Thai Recipe, and the actor talked about filming in New Orleans.

Daphne promised this is easy to make after work. The noodles basically cook themselves, and the sauce is easy to throw together.