Michael Symon, dressed in white like everyone else in the studio, was thrilled to prepare a dish for their Jingle Bell Jam episode. An audience member got to spin the wheel to determine whether Michael cooked with beef or pork. Although it landed on beef, Michael admitted that the recipe likely would’ve been the same no matter which meat he was given. That’s good news for you if you only have one available! He transformed the beef into his Merry Meatballs, which are actually smaller than the meatballs you’re used to, and fried instead of baked.

Click next page to find out how to make these tasty meatballs! 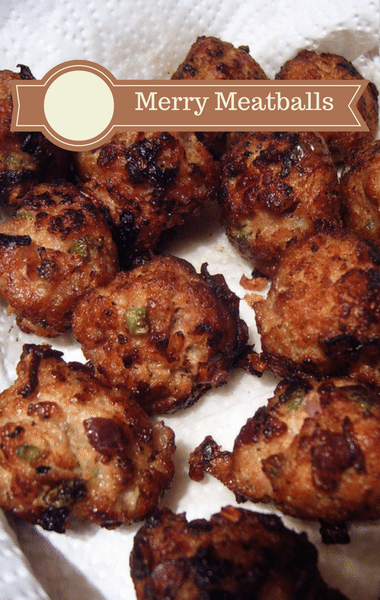 Michael Symon’s Merry Meatballs are slightly smaller than typical Italian meatballs, and fried to a crispy for a tasty, flavorful bite. (anniemole / Flickr)

For the Herbed Sour Cream:

For the Herbed Sour Cream: