Clinton Kelly created a number of drink recipes on The Chew, including an Apple Cider Wassail recipe, a Sage Julep recipe, and a Boozy Pumpkin Shake recipe. Check out my attempt at these below! 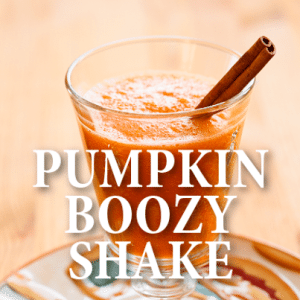 Clinton Kelly made his Boozy Pumpkin Shake recipe on The Chew. (sarsmis / Shutterstock.com)