The View has a great episode June 19, 2014 with guest co-hosts Bill Rancic from Giuliana And Bill and Ross Mathews from Hello, Ross, coming by the show. Plus, guests include Dr. Mehmet Oz, who is promoting his show NY Med, and singer-songwriter Sam Smith, who is performing his song “Stay With Me.” 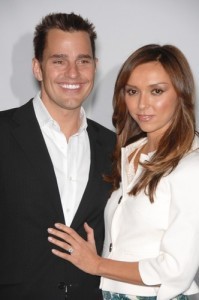 Bill Rancic will join Ross Mathews on The View as a special guest co-host. (Featureflash / Shutterstock.com)

Bill Rancic is an entrepreneur and reality TV star who won the first season of The Apprentice and has since been a force in both business and entertainment. He’s currently the star of the reality show Giuliana And Bill alongside his wife Giuliana Rancic. I think he’ll make an okay host, especially if the topics veer more toward business.

Ross Mathews, who annoyingly doesn’t have a second “T” in his last name, is a great choice for The View. He’s not just a great choice. He’s a capital letter Great Choice. The man knows his pop culture and his gossip, and he’s had a lot of experience interviewing people. Even if you don’t know his name, if you saw him, you would immediately recognize him from interviewing people on the red carpet before the Oscars or from his show Hello, Ross. It’s his voice that is the most distinctive, I think.

Dr. Oz recently went before Congress to testify about recent claims he made on his show about promoting certainly weight loss supplements on his show that have not been scientifically proven to work. With that story on everyone’s mind, it’s a weird time for him to go on a live show. Nevertheless, Dr. Mehmet Oz will go on The View to talk about his reality show NY Med June 19, 2014. Will the ladies ask him about the testimonial he gave? They have to, right? We’ll have to tune in to see.

The View: Sam Smith  “Stay With Me” Performance