The Chew is new on Friday, April 12, and that means it’s time for Extra Value Friday. Special guest Gwyneth Paltrow is returning to the kitchen with her new cookbook, It’s All Good. Plus, get some great Italian recipes to treat yourself on a dime. 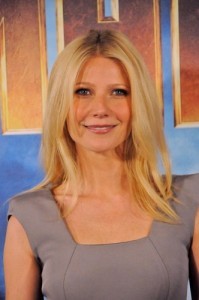 For an Italian-themed Extra Value Friday, Gwyneth Paltrow is a guest on The Chew April 12. (s_bukley / Shutterstock.com)

Gwyneth Paltrow has taken her cookbook, It’s All Good, on Dr Oz’s show and will be popping up all over the place, as is her wont. From movies and TV to lifestyle websites, it would seem there is nothing Gwyneth can’t do…at the very least, she fully believes in herself.

During her visit to The Chew, she is teaming up with Mario Batali to make a great Italian dish on a budget. She will also supposedly be quizzing him on Italian trivia, which will either be hilarious or send him into a rage. I guess that would be hilarious either way, then.

For this Italian-themed edition of Extra Value Friday, you are getting another chance to make dishes your own when Michael Symon and Daphne Oz both make Fettuccine Alfredo recipes. One of them will be lighter than the other, but they are both supposed to be equally flavorful. I guess we will have to see it ourselves to believe it.

In addition to the boldface guest star and some Italian trivia games, this episode will also feature a guest taster at The Chew’s Tasting Table. From Food & Wine, Dana Cowin will be sharing her thoughts on all the day’s dishes.

If you miss a recipe or want to read more about the show, check back right here for recaps after the show has aired.