Recapo update: Here are the recipes from this episode.

The Chew is whipping up some Time Saving Suppers in a new episode airing Wednesday, April 24 2013. The Chew crew will be joined by Goran Visnjic, from ABC’s drama Red Widow, to create some tasty treats in the kitchen. Here is a look at what’s cooking on a new episode of The Chew, coming up this Wednesday.

The Chew: Saving Time In The Kitchen 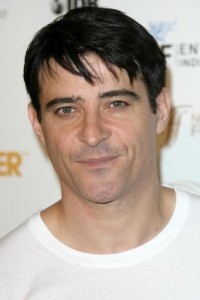 Goran Visnjic joins The Chew crew to learn some time-saving recipes no one will want to miss on April 24. (s_bukley / Shutterstock.com)

One of the most common reasons people give for not eating more meals at home is that it takes too much time to put together a meal. If you have a busy work schedule, are trying to keep up with the needs of kids, or juggling life’s other challenges, it can be difficult to tackle it all successfully.

But thanks to The Chew, you can figure out how to save time and money by making some simple meals at home in your own kitchen. That is the premise of this upcoming April 24 show. Be sure you catch these Time Saving Suppers and you will have some ideas that are perfect for weeknights or other times when you are on a tight schedule to get dinner on the table.

You may remember Goran Visnjic from his breakthrough role in ER, but he has not stopped working since gaining international fame in the medical drama. These days, he is starring in the ABC series Red Widow, airing Sunday nights.

For The Chew April 24, he will be in the kitchen with co-hosts Daphne Oz and Carla Hall. Together, they are making a quick dessert, which proves that spending a little time in the kitchen can be fun and sweet all at once.

Check back here for recipes and information after the show. We have you covered with all the details.