The Chew December 6 2012 will have crowd-pleasing Christmas ideas and a visit from Andrew McCarthy.

Andrew McCarthy is a true 1980’s star. He’s best known for movies like St. Elmo’s Fire and Weekend at Bernies, and he was also in Pretty in Pink.

Since his 80’s breakout roles, McCarthy has guest starred on shows like Lipstick Jungle and lent his directing talents to shows like Gossip Girl. McCarthy is definitely a star on the screen and stage, and we’ll see if he’s a star in the kitchen December 6. Does anyone have any guesses what he’ll be making? 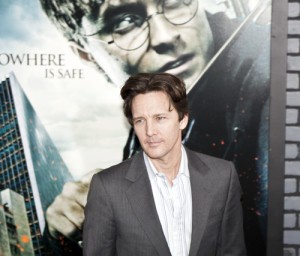 The Chew will also be sharing their crowd-pleasing Christmas ideas. Don’t panic if you have a lot of guests coming for Christmas – The Chew has you covered!

What are your go-to meals to feel a large crowd during the holidays, or any time of the year? I think anything that can be made in a crock pot usually feeds a decent amount of people, along with things like chili, stews, soups, casseroles and pastas.

Along with needing to feed your guests, you also need to have things for them to do and a place for them to stay. When relatives visit you, do you send them to a hotel or put them up in your home? It would be cute to come up with a little guide to holiday events in your town to give to your out of town visitors! Keeping guests busy will also keep them out of your hair while you’re cooking and cleaning!

Check out The Chew December 6 2012 for everything you need to keep your guests happy!