The Chew: Women Find Too Much Body Hair Unattractive

A study has shown that 75 percent of women find too much body hair unattractive on a man, and could prevent them from ever interacting with them on just about any level. Among the areas women wanted groomed were the butt, ears, eyebrows, chest, and below the belt. Daphne Oz noted that her biggest problem isn’t necessarily hair, but stench. Stench trumps all, according to her. Clinton said that he doesn’t really do too much manscaping, just general maintenance. Michael Symon said that his wife doesn’t want to know about his manscaping, she just wants it done.

The Chew: Should You Charge Friends When You Host A BBQ? 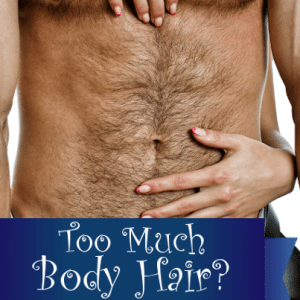 Studies have shown that women find too much body hair unattractive on men.

Clinton Kelly also received some questions about summer living and lifestyles, the first of which was from a guy who’s worked hard for his nice body, and gets called conceited by his friends for walking around with his shirt off. He wanted to know what The Chew thought, but they didn’t feel too bad for him having such a nice body, and Daphne played for him the world’s smallest violin.

The second question was a viewer who wondered if it was out of line to host a BBQ and then ask people to pay her back for food given the tough economic climate we are currently living in. The answer was a resounding YES, because, like Michael said, if you’re hosting a party, then you are hosting a party and therefore assuming all financial responsibility for it. Like the person asking the question said, money doesn’t grow on trees, and if you can’t afford to throw a party, then don’t throw it!

Another question was from someone who was grossed out by seeing children with diapers swimming around in the public pool, which everyone agreed was pretty gross.