On Extra Value Friday, The Chew went south of the border and, in the absence of Clinton Kelly and Mario Batali, brought Stephanie March, Bobby Flay’s better half and an actress from Law And Order, on to co-host.

Stephanie March said that she and Bobby Flay actually met through a blind date, and she didn’t even know who Bobby Flay was! She had to Google his name as she was going out the door, and only found out then that he had been married before and has a child. She said that she Googled him because she wanted to actually know what he looked like, which was something that most people should know when they are going on a date with someone they have never seen before. It ended up being the last blind date she ever went on.

The Chew: Most Attractive Professions For Men 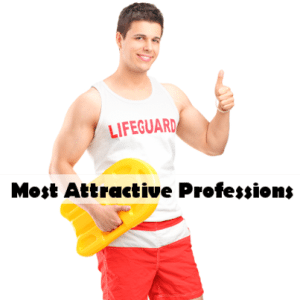 Lifeguard is one of the most attractive careers for men.

The Chew: How Well Does Michael Know The Ladies In His Life?

The women decided to mess with Michael Symon with a little game called “The Ladies In Your Life.” They wanted to see how well Michael knew his ladies by having him guess who said certain quotes. For each one he guessed wrong, he got a piece of women’s makeup put on.

The first quote was from a woman who said if she could rub anything on Michael’s head in her life, it would be an avocado. Michael guessed Daphne, but it was actually Stephanie. For that wrong answer, he got a wig with pigtails on the sides. The second quote came from a lady who said her favorite trait of Michael’s were his twinkling brown eyes, which he answered correctly by guessing Carla.

The next lady said that the one thing she would change about Michael is his tendency to go commando, which he once again guessed correctly by answering Carla. Carla was quick to say that she only knew that because Michael told her. He is a married man, after all.

The next lady in Michael’s life said that pizza is her ultimate aphrodisiac, which Michael once again guessed correctly with Daphne. It looks like Michael knows his women!