The Chew: Chef Jason Roberts Mom For A Day

Chef Jason Roberts was given away by the hosts of The Chew to be Mom For A Day for one lucky audience member. He offered to cook, clean, run errands, be a nanny, and do whatever the winning audience member asked of him for a whole day. Three moms from the audience got to plead their case before the hosts. 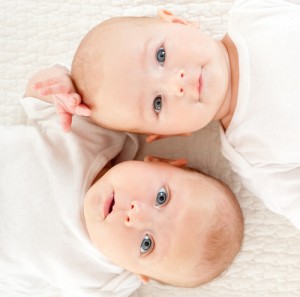 The Chew is giving out Chef Jason Roberts to be a Mom For A Day!

The Chew: Two Sets of Twins

Brett is the mother of two sets of twins. She hasn’t gotten four consecutive hours of sleep in years. She does two loads of laundry everyday. She told The Chew that she once found her kids licking whip cream off the floor. One day she smelled something rancid and then she realized that she hadn’t showered in five or six days because she hadn’t gotten a chance to. There was once a seven day period where she was vomited on every day. Her perfect day involves Chef Jason Roberts toilet training her 2-year-olds!

Gina is part of a real life Brady Bunch family. She is on her second marriage and her spouse came into the marriage with children so she now has six children. She’s constantly running all over the place to take care of each of her kids’ things so that she has no time for herself. She’s a breast cancer survivor. In her ideal day, Chef Jason Roberts drives everyone everywhere they need to go, does her four loads of laundry a day, and cooks for eight people.

Donna is a foster mom and also is a biological mom. She has a 22-year-old daughter and a 2-year-old grandchild she watched everyday. She recently adopted a 4-year-old child and has two more adoptions coming through. This in addition to the four or five foster kids that might be in her house on any given day.