Steve Harvey markets himself as a relationship expert, but that is already a crowded field. Just ask Patti Stanger, the Millionaire Matchmaker, who will be joining Steve on August 23. This episode also includes 11-year-old basketball star, design ideas on the go for a low price, and even a pop quiz! Get ready for the August 23 episode of Steve Harvey. 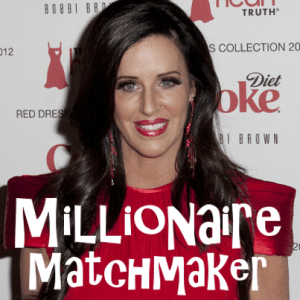 Patti Stanger is known as the Millionaire Matchmaker, but is she better at pairing up mates than Steve? The two are facing off by choosing one man for a single lady. Which one will make a love connection? The other possibility is that they could both fizzle out. But you’ll have to watch to see what comes of this experiment on Steve Harvey August 23.

For years, Patti Stanger has been trying to help single people find the love they want. Now she is spilling her secrets on Steve’s show, and you know that he won’t be shy to disagree with her if he has other ideas about how the process should work.

Have you watched her TV show, The Millionaire Matchmaker, on Bravo? Tell me what you think about her track record. Leave a comment below!

Julian Newman is not a name you may have heard yet, even if you follow basketball. But this 11-year-old is one to watch! At such a young age, he is already tearing up the high school basketball court, which means he could be bound for the pros before you know it!

He is showing off what he can do for Steve Harvey on August 23, and the audience is going to be amazed. Tell your friends to tune in for this one…it seems like he might have moves as well as game with the ladies!

The man who put together Steve Harvey’s dressing room is coming on the show to talk about how you can make over almost any space on a small budget to create a classy look and style. Get his tricks and put them to work on your next vacation or business trip. That’s all coming up on Steve’s August 23 show.