Steve Harvey is inviting one of the biggest names in television and movies on his show. Tyler Perry is stopping by to talk with Steve Harvey about learning to fly, what it is like being a father and the flowers he gave to Oprah that got him an unexpected result.

He is also going to be talking about his movie, Peeples, and his new show on OWN, The Haves and the Have Nots.

Have you seen either? Let us know what you think of his shows in the comments section below. 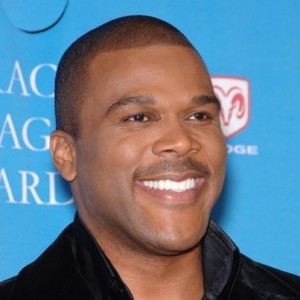 Steve Harvey is pitting two of the biggest Tyler Perry fans in his audience against each other in an all out trivia war to find out who knows Tyler Perry’s movies better.

The newest Harvey’s Hero is a young man who dropped everything in his life to follow in the footsteps of his father. He is going to tell the story of how his father passed away and he knew it was time for him to take a step back from his hectic life and stressful career and focus on helping other people.

This is one remarkable story about the power of helping others and what it can do to change your own life.

Steve Harvey is inviting three women on his stage for a once in a lifetime makeover. All three women are heading backstage to get their entire look redone, from their hair to their clothes, and then revealing their new looks on national TV.

“Kids say the darndest things,” is something you hear all the time but they don’t say crazy things. Kids are figuring out some very creative ways to answer problems on their homework and Steve Harvey is showing his audience some of their most clever responses.