On March 27 2013, Steve Harvey talked about weight loss. He revealed phase two of his weight loss plan for 2013. He also talked to one of his “Good Guys” and found out how his dating life was going. Steve on March 27 2013 was all about being a better you. 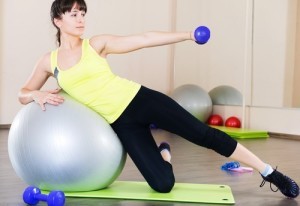 On March 27 2013, Steve Harvey is working on being a better person. He helped viewers work out their relationships and their muscles.

Chase and Rachel had been having problems balancing their relationship. Steve gave them some easy fixes on finding balance. Chase spilled his heart to Rachel and she appreciated that he cared. She thought coming on national TV and talking about their problems really helped. It showed her that Chase is committed to her and wants to work things out.

Steve announced phase two of his diet plan. He checked in with several viewers that are following the plan. They’ve made videos that document their progress. Steve is following Dr Ian’s SHRED Diet. His viewers are loving it so far.

After six weeks, Peggy said she has more energy than ever. She said both she and her husband are on the diet. Peggy works long hours and coming home to exercise was was hard. She said the easiest part was the food and the amount of choices Steve offers. She’s lost 10 pounds.

Emily is also on Steve’s SHRED diet. She said her energy is up as well. She plans to continue with the plan and wants to jumpstart the exercise. Emily said the exercise was the hardest because she takes care of her kids and works. She’s lost 13 pounds in six weeks. She loved eating seven meals a day and learning new ways to cook. It was nice to not have to wait until she was starving to eat.