Steve Harvey is sitting down with Bishop T.D Jakes to go over the secrets to a successful marriage. The two of them are going to debate on what they think it takes to keep a marriage going forever and the secrets to mending the problems that could tear you apart before they even become an issue. 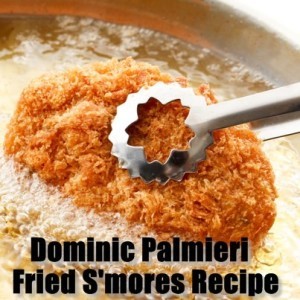 Steve Harvey April 30 2013 goes over the secrets to a great marriage, Dominic Palmieri has some fried foods recipes to share and Steve has a 10-year-old hockey player.

Steve Harvey and Bishop Jakes are also going to help one couple who has been struggling with their marriage for some time.

What kind of advice do you think the two are going to give out? One fan of Steve Harvey wrote on his Facebook page that, “The secret to a successful marriage is not just ‘going through the motions of marriage’ but praying for one another, listening, communicating and being able to live life with purpose and lots of love.” Do you agree?

While many of the other daytime talk shows are focusing on cooking healthy, Steve Harvey knows his audience wants to eat something that will taste good rather than something that might be able to help them lose weight. He is inviting chef Dominic Palmieri, also known as the Midway Gourmet, to share some of his delicious fried foods. From s’mores to red velvet, Palmieri will definitely have something you will enjoy.

Steve Harvey is bringing Dr. Lauren Stricker on the show to answer some viewer submitted pregnancy questions. No matter what the question is or how embarrassing it may be, Dr. Stricker has the answer and she isn’t afraid to talk about it on national TV.

10-Year-Old Hockey Phenom Is a Girl

Steve Harvey is inviting the little 10-year-old girl who has been skating circles around her hockey team of boys. She is stopping by Steve Harvey to talk about her hockey skills and to show Steve she has what it takes to make it to the pros.