On April 23 2013, Steve Harvey is hosting a dating intervention. What makes this woman the worst dater in Washington, D.C.? Then, coupon queen Jessica Jones is coming to the show with tips on saving money is your everyday stops. Also, “Steve’s Great American Food Fight” continues with two New York City restaurants who make cheesecake. Plus, you won’t believe this musician’s strange and unique instrument. 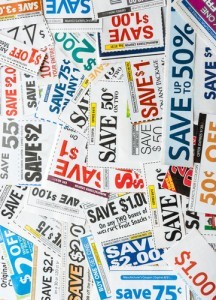 On April 23 2013, Steve Harvey gets tips from Coupon Queen Jessica Jones. Even if you don’t need the discount, someone you know might! You can even make money couponing.

The things this woman talks about on her dates are just ridiculous. It’s no wonder she never gets called for a follow-up date! She has talked about her lazy eye and medical conditions that cause her to break out in hives. Okay, those are things that might occur in someone’s life. The line is drawn at listing your qualifications for a date.

She feels like men are running away from her. Steve is instating a dating intervention on April 23.

Also on this episode, Steve brings us a new edition of “Steve’s Great American Food Fight.” Two New York restaurants are facing off in a battle for the best New York cheesecake. Will it be Eileen’s or Veniero’s?

Coupon Queen is not an exaggeration. Jessica doesn’t play around with deals and steals. She regularly posts on her YouTube all of the deals she gets. It’s mesmerizing how much this woman saves. She was able to find coupons for a diabetes meter for $10 and the product was on sale for $10. After those savings, the store gave a $10 gift card with the product. She made $10 and got a free product. You can’t argue with those savings.

One tip that Jessica had that I love is writing in to Folgers. If you tell them how much you like a product and ask for any coupons or discounts, they could send you a coupon. She was able to get a lot of her products for free by combining store discounts and manufacturer’s discounts. It sounds like the RiteAid discount card goes a long way.