Irvine and Dancing with the Stars judge Julianne Hough were in the kitchen with Rachael, where they talked about the idea that cooking brings people together and creates memories. Hough admitted that when she was on tour, she enjoyed more pasta, because she was burning enough calories onstage that she could get away with it. 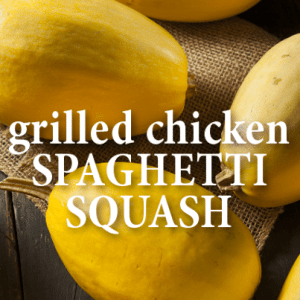 Irvine’s latest reality series, Fitness Impossible, will debut January 2 2015. The show teaches everyday people how to shop, plan meals, and eat healthier. Cops, students, and a mother-daughter team are among the subjects in this educational show.

Of course, if you don’t like the squash, you can use spaghetti noodles instead. But spaghetti squash looks the same, tastes good, and is full of nutrients. “It really looks like spaghetti once you shred it up,” Rachael said, noting that it doesn’t take much to dress it, if you don’t want to do an elaborate setup like this recipe.