Gretta Monahan and Dr Phil will be visiting with Rachael Ray for her show on Friday, May 3. Find out how you can give yourself an underwear overhaul, and check out a more personal side of Dr Phil than you have probably seen on his confrontational daytime talk show. It’s all coming up on a new Rachael Ray Show. 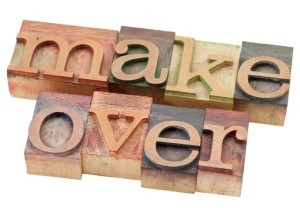 On Rachael Ray’s May 3 show, Gretta is giving three women an Underwear Overhaul to help them find more flattering fits; Dr Phil talks about his grandkids.

Maybe you have never put much thought into your underwear, but style expert Gretta Monhan says that finding the right style can help you have a more shapely figure from the inside out. Find out what she is prescribing for three women to shape up their underwear drawers.

Will you find a way to make over your own closet with Gretta’s helpful hints? Tune in to Rachael Ray for her underwear overhaul makeover segment and find out.

Would you ever have the courage to show your body on national TV? It’s not for everybody, but three ladies are taking that challenge so everyone can learn about more flattering underwear.

You may think of Dr Phil as someone who always talks tough. But he is a grandfather when he is off the clock, and he is showing a bit of his softer side on Rachael Ray’s show on May 3.

Did you know he has two grandkids, Avery and London? Avery is three, and London is 18 months. I wonder how much he spoils them. Who do you think has more fun with the little ones: Dr Phil or his wife, Robin?

Of course, Dr Phil can’t go anywhere without giving out some advice, so he is going to counsel couples in the audience. At least he doesn’t have all the background research to call these couples out like he does on his own show.

Check out advice for your wardrobe and your relationship on Rachael Ray’s May 3 episode.