For someone who loves giving surprises to others, it’s no secret that Oprah hates being surprised herself. But Oprah’s Favorite Things list is all about surprises, with guests like Chef Curtis Stone, designer Michael Kors, and Oprah’s own BFF Gayle King.  The final selections included a Dyson Pedestal Fan, the Bose Videowave II, and Oprah’s Microsoft Surface Tablet review.

O Magazine’s Adam Glassman got the creators of Pipcorn to make special Lemon Truffle Popcorn and Lemon Pesto Pocorn (or “Pipcorn”) flavors just for Oprah. They were told that Oprah hadn’t made up her mind yet, but they were actually her first big surprise. As they were setting up their Pipcorn gift set, Adam sent Oprah into the room. 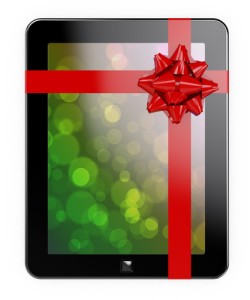 The brother and sister team were adjusting the ribbons on the Pipcorn boxes when Oprah walked into the room and they both freaked out a little bit, like one does when confronted with Oprah. The siblings got hugs from Oprah, who even signed off on their packaging.

It was Oprah’s last chance to make her final selections for the Favorite Things 2012 list. She said she can tell instantly whether she likes something, so you wouldn’t think the list would be so complicated.

Oprah signed off on the Dyson Pedestal Fan, which she first saw at Kim Kardashian’s house when she was there for an interview. She then proceeded to mistake a cheese board for a mirror and dismiss some personalized ornaments. She also rejected some gloves that she said cost too much, which is saying something coming from her.

Adam Glassman had an exclusive up his sleeve: the new Microsoft Surface Tablet, which was unveiled just for Oprah. It weighs less than two pounds and has a cover that doubles as a keyboard. Oprah loved the design and the desktop background of her dogs.

You can design your own jewelry with Oprah’s next favorite thing. Pick your own initial and make this India Hicks Diamond Necklace your own.

The Bose Videowave II TV is a home entertainment system with five built-in speakers, making quality sound simpler than ever before. They watched the Life of Pi movie trailer to test out the speakers and promote the new Ang Lee film, which is in theaters November 21 2012.

Oprah even gave her seal of approval to the Bose motto, “Better sound through research.” I’m sure they’ll be thrilled with that bit of R&D.

For their part, Adam and the O Magazine team were thrilled to finally have a completed list. That meant it was finally time for Oprah’s big surprise.