Meredith Vieira will kick off her second-ever episode of her new talk show September 9, 2014 with her new segment The List, talk to Seth Rogen and his wife, actress Lauren Miller, about Alzheimer’s Disease, and Mel B will discuss America’s Got Talent. Check it all out below! 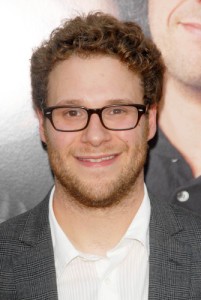 Seth Rogen will be on Meredith Vieira’s new show September 9, 2014 to talk about the importance of Alzheimer’s alongside his actress wife Lauren Miller. (s_bukley / Shutterstock.com)

Meredith Vieira’s new signature segment on her show is The List, a segment where she shares a list of things that’s either on her mind or on her audience’s minds. On the first day of the show September 8, 2014, she shared why she was doing the show and why family mattered so much to her. What will she share for her second-ever episode?

It’ll likely be a demonstration of how the show will go in the future. Will she reflect more on the nature of the show itself? Or current events? Maybe celebrity gossip? The format is the wild west right now, so we’ll have to see exactly what comes out of it.

Actor Seth Rogen and his wife, actress Lauren Miller, will then come by Meredith Vieira’s show to talk about Alzheimer’s Disease and to explain why the cause is so important to them. Seth Rogen even testified before Congress to share the story of why this disease is so near and dear to his heart and was well-received. Find out all about this on Meredith’s show September 9, 2014.

Mel B will dish on the other judges of America’s Got Talent and discuss the final contenders in the competition. Plus, Meredith Vieira gets to the bottom of the question on everyone’s mind since 1996: what scares Scary Spice? In a special game, Meredith Vieira will find out the answer once and for all.