Jennifer Lopez said that her kids started their first day of first grade today and it was hard to see them go on in school. 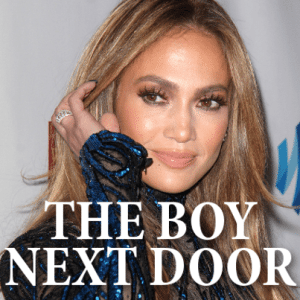 Meredith Vieira said she also thought it was cool that Jennifer Lopez’s clothes were a throwback to the green Versace dress she famously wore to an awards show. The last time Meredith saw it, it was on Matt Lauer from The Today Show. They showed a picture of Matt Lauer wearing it and it was awful. “There’s so many disturbing things about that image,” Meredith Vieira said.

In order to follow her dreams, Jennifer Lopez spent some time without a home and sleeping on couches. Jennifer Lopez said that story got out of control in the press. She said the true story was that her mom wasn’t thrilled she wanted to be a dancer at the time. So Jennifer Lopez stayed at a dance studio for a while until she could move in with a friend.

Meredith Vieira said she wanted some of Jennifer Lopez’s imperfect moments because Jennifer Lopez always looked good. Jennifer Lopez said that it takes hours to look the way she does and when she wakes up, she always has to pull herself together.

Jennifer Lopez said that she’s enjoying being single right now and she’s not dating. She said she’s been in relationships back to back her whole life and she needed time for herself and her kids and to make time for her friends.

Jennifer Lopez is a producer on the show The Fosters. She said it’s a beautiful show about family and unconventional families that are prevalent today.

Jennifer Lopez is starring in the movie The Boy Next Door, where her character gets involved in a much younger man. Then things get crazy because the younger man becomes obsessed with her. It looked kind of like a twist on Single White Female or Swimfan. Jennifer Lopez said it was a fun movie to make.

Jennifer Lopez said she loves doing American Idol and she’s excited for the new season. She said she gets to talk about music which is her first love and share things about the business to young artists.

Before they began, everyone sang “I Luh Ya Papi” with the trademark dance move of fluffing their hair. The first song Meredith sang was “I Will Survive” by Gloria Gaynor. Meredith Vieira was not a good singer, but Jennifer Loepez guessed it. Hoda sang “It’s Raining Men” by The Weather Girls, which Jennifer Lopez didn’t know at all, but an audience member clued her in and she guessed it.