Meredith Vieira’s second-ever guest on her new talk show was Veronica Siaba, a young girl who always wanted to be was a dancer on stage. This is a dream Veronica was able to achieve, despite the fact that she had cerebral palsy. “I say never stop believing if you’re having fun in something,” Veronica Siaba said.

Meredith said she first met Veronica seven years ago when Veronica was eight years old. She was dancing in a unique dancing program called Dancing Dreams, which was created by physical therapist Joann Ferrara specifically for children with physical disabilities. “We focus on abilities, not disabilities,” Joann Ferrara said. 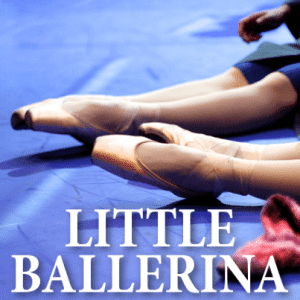 Meredith Vieira talked to teenage ballerina Veronica Siaba, who dances despite having cerebral palsy. She is part of a group called Dancing Dreams that helps kids with physical disabilities dance. (Anna Jurkovska / Shutterstock.com)

Each girl is assigned a teenage helper to assist them on stage. Every year, the Dancing Dreams girls put on a spectacular show, proving that they can defy their physical challenges.

Veronica is now 15 and a part of Dancing Dreams. She says the real beauty of the program is that it gives the girls a fearless confidence. “I was told I’d probably never start walking, let alone dancing,” she said.

Joann Ferrara said that Dancing Dreams has grown tremendously, with almost 80 girls and 100 high school students. They also have two locations. Joann teaches the courses and also makes the costumes for the girls as well. Joann said her short-term goal was to get her girls to dance at Lincoln Center. She said that after seeing a ballet at Lincoln Center, that’s the dream the girls had.

Veronica said that it would redefine what beauty is if they had the opportunity to dance at Lincoln Center. She said that people have a perception of beauty and she wanted to widen that perception.