Meredith Vieria had a special performance from the girls of Dancing Dreams, a special ballet program that helps children with physical challenges learn to dance. Each young girl is paired with a teenager who helps the girl dance. This performance followed an interview with teenage dancer Veronica Siaba, who dances in spite of having cerebral palsy. 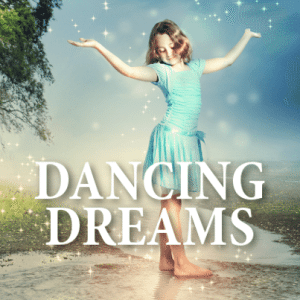 Meredith Vieira had a special performance by the Dancing Dreams girls on her show, who performed with helpers. Each of the girls in Dancing Dreams have physical disabilities. (Melpomene / Shutterstock.com)

I think it’s impossible for anyone to watch this performance and not be touched by it. Each of the girls was helped along by their assigned teenager, but you could tell the girls were having a good time, and the camera even cut to a mother who was pointing to her smile, seemingly encouraging her girl to smile big during the performance. The audience gave them all a big standing ovation when they finished dancing.

8-year-old Isabella, one of the dancers, was asked how it felt to perform in front of the audience. “Well, um, I always dreams of being on TV and now my wish came true,” she said.

One lucky audience member was chosen to play Touchy Feely, where she had to touch two objects blindfolded and guess what compound word the objects made. For example, if the objects were a jar of honey and a comb, the answer would be honey comb.

The first object she had to touch was a person’s face. She was really freaked out, but she got it right. The second object was a book. So the answer was Facebook. The next two objects were a cat and tuna fish. The audience member was really scared of the cat for some reason. I guess it must be pretty scary to touch something furry when you’re blindfolded. The answer to the second challenge was catfish.

As a reward for guessing correctly, everyone in the audience got a blender.