Alyssa believes her fiancé Tommy is lying and cheating behind her back. Her temper flares as she confronts him in front of Maury’s audience. Did he really do it? She wants the truth before she walks down the aisle. 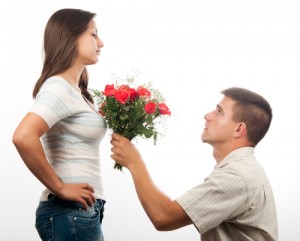 On March 4, Maury sits by while two couples figure out who cheated.

Maury seems to have caught him in the act on his hidden cameras. Tommy is on camera with a woman, that is not Alyssa, in their home. They canoodled on the couch and had, at the very least, a heated make out session. Alyssa takes him to the side of the stage to confront him in as much privacy as she can with cameras circling.

In another case of fiancé scandal, Tammy thinks her fiancé André is using “wild new moves” on other women. She gives Maury a preview of André’s wild, body shaking, bedroom seduction. Tammy knows he has to be learning it somewhere else.

It seems that Maury the mediator isn’t even needed in this situation. Tammy confronts André and then chases him off the stage. As he slips out a back exit, Tammy sits and throws a tantrum backstage.

“You dirty dog!” she yells at the camera.

Maury has the lie detector test results that will get to the bottom of things. Who is lying and who is just too paranoid?

Do you think Maury needs to wrangle his guests, or do you like it when he just sits by and watches their chaos?