With all the attention Maury Povich pays to DNA results and testing on his TV show, sometimes it’s too easy to forget that people occasionally welcome the news that “you are the father.” It’s not only the women who can be upset with the results. Just ask LaShondor! Plus, is this sister having her brother-in-law’s baby? Here’s what’s coming up on Maury’s May 2 episode.

Maury & LaShondor: That’s Not My Baby! 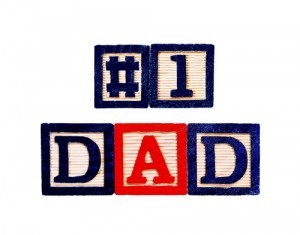 Maury’s May 2 episode features a shocking bombshell from LaShondor: she’s leaving her boyfriend and hopes he is not the father of her baby.

Dale knows that LaShondor has been unfaithful to him. She slept with her high school sweetheart, Andrew. I guess Dale was OK enough with this to come on Maury’s show, which is interesting because he is about to get some really bad news.

It turns out that LaShondor does not want to continue her relationship with Dale, which has got to be disappointing if you wasted a trip to the show. She hopes that her baby, Dallas, was not fathered by Dale.

I wonder how long he thought he might be the father. Will LaShondor get her wish? The DNA results will reveal whether Dale is actually her child’s father.

Jacqueline got pregnant, but she is not sure who the father is either. That is because she cheated on her boyfriend Robert. What’s worse is that she did it with her sister’s fiance, Chris.

According to Chris, this never happened. He is going to look pretty dumb if he turns out to be the father after all. Do you think there will be some paternity shockers on this show?

Tune in May 2 to see these couples hash it out on Maury and learn the truth about their relationships. Granted, some people are going to go home disappointed.

But for people like Dale, finding out you are not the father could be a good thing. Since LaShondor wants to break up anyway, he could maybe get a fresh start and find someone who won’t embarrass him on national TV.