When life hands you speed bumps and you have everything on the line, where do you go? If you are Dorella, you take the rough stuff to Maury’s show on August 26 and get the answers that will help you make tough decisions for your future. Dorella wants to know: “Did my fiance cheat and have a baby with my best friend?”

Maury: Did My Fiance Cheat? 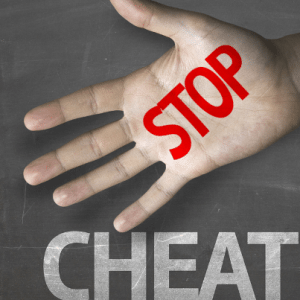 Did my fiance cheat on me and get another woman pregnant? That’s what a guest on Maury August 26 wants to find out before she decides what to do next.

Three weeks before this show, Amanda admitted to Dorella that she slept with her fiance! That is not a classy move, but I guess she deserves a little credit for owning up to what happened. The trouble is that Amanda is now pregnant, and she is not sure whether Jammie, Dorella’s fiance, is the father. If so, that could spell trouble for everyone, especially Dorella, who may walk away from her wedding and her best friend.

On Maury August 26, Dorella is out for answers about everything, from the people she trusted most who eventually betrayed her. Tune in to see if she gets the satisfaction she needs to move forward. What will she decide when she finds out the truth?

Tommy insists that Kim’s baby cannot be his, but is he telling the truth? His wife, Skyla, thinks that Kim has her own motives. She believes the other woman is acting out of jealousy, and does not think Tommy is her child’s father. Do you think Skyla is on to something, or is she in denial about her husband’s activities? The DNA tells all on Maury August 26.

Finally, there is Deshawn, who refuses to accept that Tiffany’s child is his until he sees some hard proof! He and his mother are on the show to demand the results that will prove whether he is the father of Tiffany’s baby. These answers are going to change lives and relationships, but at least some of these guests will have a chance to get closure and move on. Tune in August 26 on Maury to see who gets the answers they wanted most to hear.