How long would you go and how far would you take a life-altering dilemma if you were sure that you were right? Brittany does not seem to want to give up attempting to prove that Dionte is the father of her baby. Also, best friends want to confront another man they think is shirking responsibility for a child. What will happen on Maury’s August 30 show, “I Never Knew You Were Pregnant”?

Maury: I Never Knew You Were Pregnant 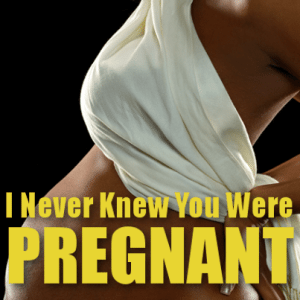 Dionte told Monique, “I never knew you were pregnant.” That’s why he doesn’t think her three-year-old is his child. The DNA results are on Maury August 30.

Dionte and his mother Monique are confused about why Brittany claims he fathered a child with her. They said they never even knew that she was pregnant, which is slightly more believable coming from a guy than a pregnant woman. I have never understood that reality show where people recount their shock at discovering a pregnancy by going into labor.

On Maury August 30, Brittany is blaming Monique for encouraging her son to avoid stepping up and doing the right thing for his child. What will happen when Maury gets those results and shares them with these passionate guests?

Chris didn’t wait long to play the field. He was off with another woman while Camara was in the hospital giving birth to what she said is his child. Now Camara has brought backup in the form of her best friend, who wants to help her get answers and put this dispute to rest.

You can’t move forward if you don’t have the information you need to make a decision. That information is coming out on Maury August 30. If I had to play the odds, I would say that Dionte is not the father of Monique’s baby, while Chris is definitely responsible for Camara’s child. You have to hedge your bets when there are so many variables in all these stories.

Have you ever thought about resorting to a paternity test to get the answers you have to know?