I can’t think of too many things that would cause me to jump up and down, run around a room, or go completely bananas, but I have never been a parent or a guest on Maury. Granted, I have a more low-key personality. However, I still think that many Maury guests would make any extrovert seem subdued by comparison, especially when it comes to paternity. This August 28 Maury Show is called “DNA Will Prove My Dad Is Not Your Baby’s Father.” 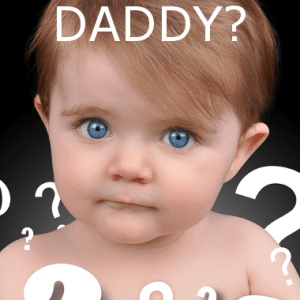 A young woman insists, “My dad is not your baby’s father,” on Maury Show August 28 2013. Plus, a mom and sister team up to get answers for a young man.

When the rumor mill gets started, it can be hard to know what the real truth is, and that’s where those lie detectors and DNA tests can really come in handy…you can’t argue with science, no matter how hard some people will try.

Joshua is not ready to claim Deshan’s baby as his own, in part because his mother and sister claim that Deshan has been cheating on him with other men. They want to see the proof before he takes on the role of a father.

Deshan said she has never cheated on Joshua, and she even named her baby after him, so hopefully he is the father, because otherwise that will become difficult to explain when the kid wants to know where his name came from.

Tune in for the results on Maury August 28.

Maury: My Dad Is Not Your Baby’s Father

Plus, what happens when a daughter gets between her father and a new, younger woman? Jennie insists that her 47-year-old father Rob is not the father of 24-year-old Melissa’s baby.

I’m not sure how Jennie would know that, but maybe she is upset that her father is dating someone closer to her age than his own. I wonder how Rob feels about being caught in the middle of this no-win situation.

Keep watching to see how the situation plays out for these families, as Jennie continues to insist that “my dad is not your baby’s father.” The truth is all coming out on Maury August 28.