Who’s your baby’s father? That’s the question that keeps Maury in business, and he is doling out more answers on the August 20 episode. A sister intervenes when she thinks her brother is being taken advantage of. A woman is struggling to care for her special needs child. Plus, an intergenerational romance is hitting the skids, all on Maury’s August 20 show. Meet the sister who says, “My brother is not the dad!”

Maury Show: My Brother Is Not The Dad 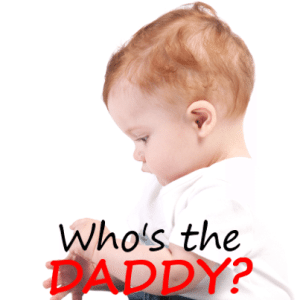 One sister insists: “my brother is not the dad!” Who is the father of a woman’s redheaded offspring? Maury’s DNA test results on August 20 show the truth.

Alicia is speaking up on behalf of her brother, Corey. Since Corey’s girlfriend, Heather, has a baby with red hair, Alicia insists that Corey cannot be the father. Furthermore, Alicia happens to know that Heather cheated on Corey with a man who has red hair. But is this an open-and-shut case?

Before the story concludes, Corey will want the DNA results for both of the children he has been helping to raise. Has it been a ruse all along? Set the record straight with Maury on August 20.

Anthony will not step up and take responsibility for his child with Comonique. This baby has special needs, and Comonique said she is worn out from taking care of the baby. But will a DNA test prove the truth?

Also on the show, Anthony’s mother sides with her son, insisting that he is not the father. But is she telling the truth, or is there more to this story? Lives will be changed on Maury’s August 20 show.

He’s 44 and she is 20. They seemed to be getting along well together, and sometimes two people with a big age difference can find satisfaction and happiness with one another. However, in other cases, the love is just not built to last.

She stepped out on him and made a potentially life-altering mistake. Is she going to be able to live with the consequences? Tune in for Maury’s August 20 show to see the explosive results of all these stories.