Before you rush into marriage, wouldn’t you want to know as much as possible about the person you are planning to spend your life with? On Maury’s August 19 episode, it seems that some people have left out some very important details about their recent pasts. This show is called “Does My Fiance Have a Secret Love Child? Test Him!”

Maury: Does My Fiance Have a Secret Love Child? 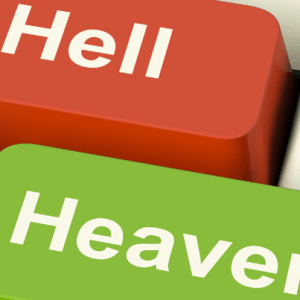 Does my fiance have a secret love child? On Maury August 19, a woman suspects her man is cheating on her using a Christian dating website.

In a lot of recent stories on daytime talk shows, guests have been shocked to discover betrayals by the people closest to them in their lives. That trend may continue on Maury’s show, when Almeta wants to get to the bottom of what’s going on between her fiance Tay and her best friend Gwen. This sounds like a case for the lie detector!

What has made her think that something is not right? She also seems to have a suspicion that her man is going behind her back to meet new partners on a Christian dating site! Being engaged seems like an obstacle to dating in most scenarios, but one would think Christian Mingle would want to crack down on cheaters using their service. Hopefully someone from that website watches Maury on August 19.

Plus, what happens when Maury’s team tempts Tay and shows Almeta the decoy footage? I don’t think she is going to take the news well, but it seemed like she knew what was going on, so maybe she had time to prepare herself for the truth.

More secrets will be exposed on Maury’s August 19 episode. Past guests are returning with new accusations. One woman found out that her man had a child with another woman, thanks to Maury’s show. I guess some people have to learn their lessons the hard way.

Now she is back because she thinks her man is stepping out on her again with the same woman! What is really going on here? The lie detector secrets are exposed on Maury’s August 19 show, so don’t miss it!