When your relationship starts to hit the skids, who are you most likely to call? Some people seek advice from friends or family members. Others may turn to religious leaders or couples counselors. But then there are those who would prefer to settle their disputes on the stage of Maury’s show. Secrets are exposed and truths are revealed on Maury’s August 15 episode, with best friends torn apart and test results revealed! 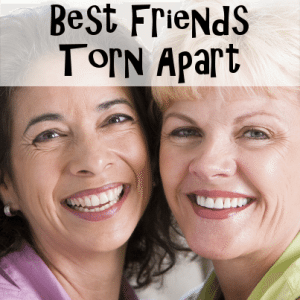 Best friends torn apart by cheating confront one another on Maury’s August 15 episode.

Maury’s guest Montrice said that she thinks of physical intimacy as a “contact sport,” which is one way of viewing it, I suppose. Everyone is entitled to an opinion. It has also led Montrice into some questionable behavior, such as getting with her cousin’s boyfriend. She was all too happy to keep this a secret, but I guess now the word has gotten around.

On August 15, Montrice and her cousin are facing off to clear the air, and based on her outspoken personality, I am guessing Montrice will have the last word. Tune in for Maury’s August 15 episode to see what happens between these two.

Renee is 51 years old, and her boyfriend James is just 21. That age difference can work out on occasion, but mostly it seems to be a recipe for disaster. That’s what Renee may be coming around to, because she thinks that her 48-year-old best friend, Jackie, has been enticing James to stray.

Did Jackie and James hook up behind Renee’s back? These three will have to hash it out on Maury’s stage to get to the truth, with a little help from lie detector results.

Maury: Who Is The Father?

Finally, a woman said that she cheated on her ex with a man named Cameron. She insists that Cameron is actually the father of her child, and she demands satisfaction in the form of a DNA test.

Cameron does not look particularly moved by this situation, and I think it’s because he knows “she gets around quite a bit.” Based on the image of her dashing off the stage, I’m guessing Cameron is not the father, but you’ll have to watch August 15 to know for sure.