On March 15 2013, Maury has old guests coming back with new scandals. Maury knows the truth in the envelope. Before the episode is over, someone will be adding child support to their list of bills. 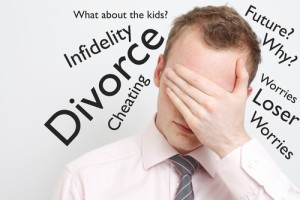 On March 15 2013, Maury is bringing back another classic episode. Angie comes back with her boyfriend Sam for another round of paternity testing.

Maury: Angie & Sam Back For More

Last time she was on Maury, Angie proved that Sam was her baby daddy. Sam accepted the role and the two got back together. Now they are back, but this time united against a new evil: another woman. This woman claims that Sam is the father of her baby. Sam says that he only slept with her once.

One time is all it takes, Sam. Didn’t you pay attention in high school health class?

Maury: You Are the Father, Right?

Joseph’s sister said he is not the father of this woman’s baby. Was she there or something? The woman shoves evidence in Joseph’s face that he is the father of her baby. She says that if the test comes back and Joseph is the father, the sister will pay her child support, too.

Tune in and enjoy Paternity Fest on Maury. If your brain is in need of a spring break, this is just the mindless television to feed it. And if you live in the Stamford, Connecticut area, you could go see Maury tape live! He’s filming his new season and looking for audience members. Go catch all the baby mama/daddy drama.