All week they are giving out clues a day for a trip to the British Virgin Islands. For every clue revealed on the show, you can enter the clue on Kelly and Michael’s website for a chance to win.

Kelly and Michael picked teammates from the audience and the winning members teammate would walk away with $500 cash. They also used the chance to reveal their clue.

Michael Strahan picked Marvin who said he got a hug from Kelly Ripa after saying she gave him one when he got back from Iraq. She made sure to give him another hug for his service.

The game they played was Pick the Pout. Basically, both teams would see the pout of a celebrity and have the chance to guess who it was. Whenever both teams guessed wrong, more of the picture was revealed. Whoever got the most correct answers won.

Here is the list of the celebrities who they were able to correctly guess the pout of:

Live with Kelly & Michael: Tune in to Win Jetaway Clue 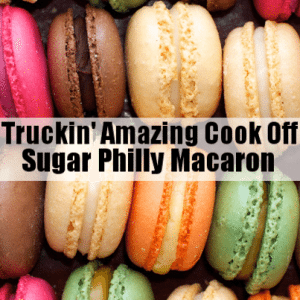 Kelly and Michael revealed their first clue for their Tune in to Win Jetaway and they invited food truck, Sugar Philly, to make their maracon recipe.

Sugar Philly’s Dan Tang stopped by Live! to show them how to whip up a maraon recipe for their Truckin’ Amazing Cook-Off segment.