On July 31 2013, Kelly Ripa revealed her most embarrassing moment: rubbing Naomi Campbell’s legs with oil. She thought she was being punk’d. Well, we weren’t being punk’d when Matt Damon showed up to talk about his movie Elysium. Jayma Mays had us seeing blue with a preview of The Smurfs 2. Also, find out the top two food trucks in Live’s Truckin Amazing Cook-Off below! 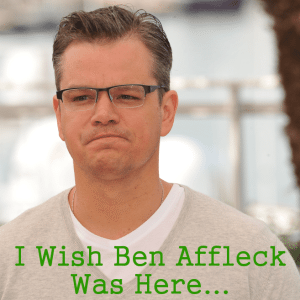 Kelly Ripa was really in a Jay Z music video with Naomi Campbell’s legs. She had a horribly awkward run in when she thought she was being punk’d by Ashton Kutcher. Get the full story here:

Sharknado is breaking horrible movie records all over the place. They reached 2.1 million viewers on their third showing of the film. Also, read how a man used a special effects movie mask to steal.

It’s official: Matt Damon is leaving New York City. He’s packed up his kids and wife and they are moving right down the street from Ben Affleck in Los Angeles. Are you ready for your daily gross out? Then click the link and find out where Matt Damon filmed scenes for Elysium:

Neil Patrick Harris was outed. He is the voice behind @FoodPorn on Twitter. His Smurfs co-stars followed him around Paris during filming to find the best retaurants. Get the low down on Jayma Mays summer vacation here: