Today’s overstuffed encore episode featured guest co-host Neil Patrick Harris and a variety of famous faces. Click the links at the end of each section below to find out more details about that segment. 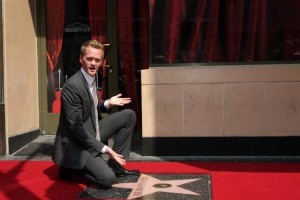 Actor Neil Patrick Harris joined Kelly Ripa at the co-host desk to discuss the holidays and talk about phenomena such as sleep texting and forgetfulness that is caused by walking through a doorway. Can you believe it? You probably can, if it has happened to you too.

From Project Runway, Heidi Klum chatted about the show’s recent season on Lifetime and the promising designer that went on to win it all. Heidi Klum also discussed her family and her tradition of renewing her wedding vows with Seal each year.

Kelly Ripa was invited to appear as a guest judge on the Food Network reality show Iron Chef America. But before the competition began, she sat down with host Alton Brown to get the inside scoop on the show, and tips on how to come across as a knowledgeable, fair judge on the TV show.

Fashion guru Lawrence Zarian traveled to Ohio to surprise a mother of three who works from home as an accountant. He got her out of pajamas and into a stylish new outfit. The change was so drastic she looked like a different person altogether.

Actor Garrett Hedlund has had a busy year, appearing in the films Tron: Legacy and Country Strong. He talked with Kelly Ripa & Neil Patrick Harris about how he got his start, and why he learned to play the guitar.

Jayma Mays has been appearing in TV shows for years before her breakout role on Glee. She recently co-starred with Neil Patrick Harris in the new movie The Smurfs, and she talked about why working on that project made her think she was crazy.