Today Mike Greenberg, co-host of Mike and Mike in the Morning on ESPN, joined Kelly Ripa as co-host for the second day in a row. The show also featured Chris Hemsworth from Snow White and the Huntsman, a performance from Cirque du Soleil’s “Zarkana,” and Grilling with Melissa & Joey star Joey Lawrence. Click on the links to find out more about each segment from Live With Kelly June 1 2012. 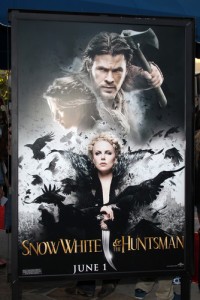 Chris Hemsworth from Snow White and the Huntsman was a guest on Live With Kelly June 1 2012. (Helga Esteb / Shutterstock.com)

Sportscaster Mike Greenberg joined Kelly once more as co-host. At the beginning of the show they discussed their kids, the idea of iPads making their way into restaurants, and why Mike is jealous of Chris Hemsworth.

Live With Kelly: Chris Hemsworth Snow White and the Huntsman

Chris Hemsworth is an Australian actor who has recently sky-rocketed to the top of Hollywood’s A-List thanks to a string of recent box office successes; Chris played the God of Thunder in Thor and the recent blockbuster The Avengers. Chris discussed his newest role as the Huntsman in Snow White and the Huntsman, as well as another new role, as dad to baby India.

Live With Kelly: Chris Hemsworth “Snow White and the Huntsman”

Cirque du Soleil is a circus art and street performance company that performs shows all over the world. Their hit show “Zarkana” will return to New York on June 6, and Live with Kelly viewers were treated to an amazing sneak peek performance. Kelly and Mike even got in on some of the action!

“Grilling with the Stars” with Joey Lawrence

Live With Kelly is featuring a new summer competition called “Grilling with the Stars.” Today, the competition kicked off with Melissa & Joey star Joey Lawrence. Click to find out how to make Joey’s delicious and healthy fish tacos, and also how to vote for the recipe.