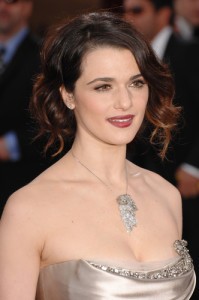 The month is already over– can you believe it? On the last day of July, Kelly Ripa was joined by guest co-host Chris Harrison on “Live With Kelly.” The show featured guests Rachel Weisz from The Bourne Legacy, and Dr. Mark Hyman with his Blood Sugar Diet Solution on Diet Week. Click on the links below to learn more about each segment.

Talk of the 2012 Summer Olympics in London continued with Chris and Kelly on July 31, Chris Harrison’s second day as guest co-host. They chatted about synchronized diving, athletes on Twitter, plus other topics such as Chris’s show “Bachelor Pad” and his big date night out with Gelman! They also took a look at some viewer e-mails later in the show from Kelly’s Inbox.

The talented British actress Rachel Weisz made her first appearance on “Live” in six years. Rachel chatted with the hosts about her brand new action film, The Bourne Legacy, and filming some very dangerous scenes with her co-star Jeremy Renner. She also shared her thoughts on the Olympic Opening Ceremonies, plus recently becoming an American citizen.