On August 2, “Live With Kelly” featured Nick Lachey for his second day of guest co-hosting alongside Kelly Ripa. The hosts welcomed comedienne Caroline Rhea, Dr. Joel Fuhrman and his Eat to Live Diet, and a family recipe from Joey Fatone. Click on the links below to read more about each segment. 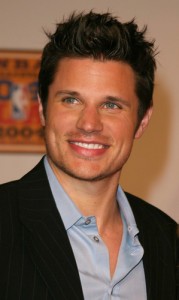 Nick Lachey and Kelly continued their discussions about the incredible achievements of American athletes at the Olympic Games in London. They chatted about swimming, water polo, and Olympic moms and dads. Plus, Nick had some exciting news to share regarding the future of his boy band, 98 Degrees.

Comedienne and actress Caroline Rhea joined the hosts with some hilarious stories and tips regarding parenthood. As mom to a little girl named Ava, Caroline let expectant dad Nick in on a few parenting secrets. Click to find out where you can see Caroline perform her stand-up comedy live.

Pop star and “Dancing with the Stars” contestant Joey Fatone is the host of a brand new cooking show called “My Family Recipe Rocks!” Joey stopped by “Live With Kelly” August 2 to discuss his show, plus he shared a great recipe for Chicken with Edamame over Brown Rice.

Diet Week continued on “Live With Kelly” August 2 with Dr. Joel Fuhrman. Click to find out how you can lose weight and reduce your risk of cancer and heart disease with Dr. Fuhrman’s best-selling Eat to Live Diet.