It’s already August, and “Live With Kelly” celebrated the first of the month with a busy show filled with great segments! Firstly, Kelly was joined by guest co-host Nick Lachey. Then, the hosts welcomed fashion guru Carson Kressley, singer-songwriter Joss Stone, and  Dr. Mike Moreno with his diet plan, The 17 Day Diet. Click on the links to learn more about each segment. 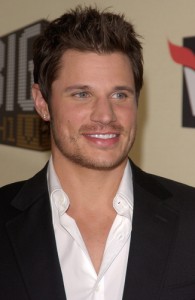 Nick Lachey and his wife Vanessa Minnillo are expecting a baby boy very soon, and Nick gushed about becoming a new dad when he co-hosted “Live With Kelly” August 1. He and Kelly also chatted about the U.S. Gymnastics team, the amazing Michael Phelps, germs in hotel rooms, and New York City’s “Real Housewives.”

Live With Kelly: Carson Kressley “Dancing with the Stars” Interview

Live With Kelly: Carson Kressley “Dancing with the Stars” Interview

Diet Week continued on “Live With Kelly” August 1 with Dr. Mike Moreno. Dr. Moreno detailed his 17 Day Diet, and how changing your metabolism in three cycles can help you lose weight and get healthy, fast!

British singer-songwriter Joss Stone is, at just 25 years old, one of pop music’s most successful artists. She is releasing a new album entitled The Soul Sessions Vol. 2, which features classic song covers in her signature soul style. Joss joined the hosts on “Live With Kelly” August 1 to perform a song from her new album, “The High Road.”