Live! brought on the beautiful Zoe Saldana to talk about filming for Star Trek Into Darkness and the two Avatar sequels that are scheduled to be released in a few years. They also continued their fitness challenge when they sent Michael to repay his Super Bowl bet and try Kelly Ripa’s workout with Anna Kaiser. 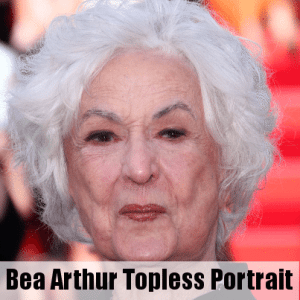 Kelly and Michael May 16 2013 talked with Zoe Saldana about filming the Avatar sequels and they also looked at the topless portrait of Golden Girl Bea Arthur. (image credit: s_bukley / Shutterstock.com)

Kelly and Michael talked about what they would do if they won the $475 million jackpot and they revealed that mosquitoes with malaria are attracted to smelly socks.

Cicadas are about to invade New York City and one New Haven chef is letting them invade his menu as well. Also, a topless Golden Girls portrait sold for $1.9 million.

Zoe Saldana talked with Michael and Kelly about filming for Star Trek Into Darkness, how she almost passed up the role in the movie and about filming the Avatar sequels. Click the link below to find out how her Trekkie mother convinced her to take the role.

Kelly and Michael had the pleasure of watching Kym Johnson and Ingo Rademacher’s final dance together after being eliminated from Dancing with the Stars. They danced the Charleston and it was no surprise why they were voted off. The dance was not that great. I think it was too silly for my taste but either way there wasn’t that much dancing anyways.

Either way, the two were voted off after receiving their highest scores in the competition.

“We made it as far as we should have,” Johnson said.

Rademacher joked that his son wants to be on the show next year and showed a clip of him dancing around a tour bus. While Rademacher was excited to get back to his home in Hawaii and see his two sons, he is not loking forward to training for a 32 mile stand up paddle board race he is competing in.