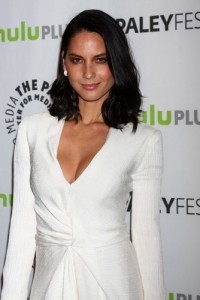 Kelly & Michael kicked off Bow Wow Week with dog trainer Andrea Arden, who brought along some of the most adorable puppies around. Kelly adopted her dog, Chuy, during Bow Wow Week, so you might find your next furry friend, too!

Andrea emphasized that adopting a pet is a huge responsibility that should never be taken lightly. When choosing a dog breed, consider factors like grooming requirements, activity levels, allergies, size, and whether a breed is a good choice for families. For more helpful tips, tune in all this week during Live’s Bow Wow Week. Andrea Arden will return on Thursday, July 11.

On their first show since Fourth of July vacation, Kelly & Michael had lots of great stories to share. Kelly discussed her trip to Paris with Mark and Joaquin, and Michael revealed that he partied all weekend in the Hamptons. Plus, news on Elisha Cuthbert’s marriage to Dion Phaneuf, Andy Murray’s Wimbledon Championship, and a review of wine flavored popcorn.

Actress Olivia Munn stopped by to discuss the upcoming second season of The Newsroom. Olivia also shared details on her recent birthday celebration and why apartment hunting in New York is so different than in other cities.