All eyes are on Washington, D.C. this morning for the ceremonial inauguration of President Barack Obama for his second term in office. Though the official swearing in was held yesterday, in accordance with Constitutional guidelines, the big event is today, and many people have the opportunity to watch from home because it falls on Martin Luther King, Jr. Day. With news coverage dominating TV this week, viewers watching Kelly and Michael were treated to an encore presentation with guests Jimmy Fallon and NeNe Leakes. Here are the highlights from this episode, which also included advice on how to choose a dog breed.

September 2012 was a much simpler time. We still had not concluded the year’s election cycle and we did not know who would be inaugurated on this day. But one big question was answered that month when Michael Strahan took his permanent place next to Kelly Ripa as co-host of Live! It didn’t take any time at all for Saturday Night Live to lampoon the new pairing in a skit from their show, which was a hit with viewers and even the Live staff. Take a look at the parody and read the recap. 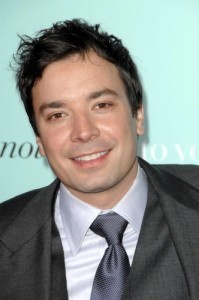 Jimmy Fallon is best known from Saturday Night Live and his talk show, Late Night with Jimmy Fallon. He is also working behind the scenes in television, on the NBC series Guys With Kids. Find out what it was like for him to get a birthday tweet from the First Lady, and adding a new puppy to his family.

Kelly and Michael: The New Normal Review with NeNe Leakes

NeNe Leakes got her start as a Real Housewife, but she is parlaying that success into a higher profile. After she did a guest turn on Glee, that show’s creator, Ryan Murphy, had her in mind for the role of executive assistant Rocky on his sitcom, The New Normal. Find out what she thinks about the show, which airs Tuesdays on NBC.

Kelly & Michael: How To Choose A Dog Breed

Adding a puppy to your family can be a big challenge, but Kelly and Michael got some expert advice on the right type of dog to add to your pack. It all depends on your living situation, but different breeds work better in different household arrangements, so there is probably a dog for everyone. Find out how to choose a dog breed with expert advice.