Kelly and Michael invited Neil Patrick Harris and Rose Byrne on the set during their June 4 2013 episode and Michael even tried Dunkin Donuts new glazed donut breakfast sandwich. They also had the chance to watch the Barenaked Ladies perform their new hit single. 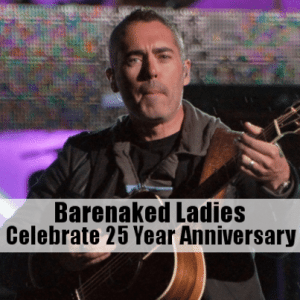 Michael Strahan tried to get Kelly to bet on the NBA Finals game between the Miami Heat and the San Antonio Spurs. He also talked about Jason Kidd retiring from the NBA after 19 years and about his mentor, Deacon Jones, passing away.

Kelly and Michael talked with Neil Patrick Harris about the final season of How I Met Your Mother and revealed he wants to host the Academy Awards. He also talked about hosting the Tony Awards for the fourth time and about his week-long, cross-country scavenger hunt for his 40th birthday.

Rose Byrne stopped by Live! to talk about her role in the new film The Internship and she also talked about presenting at the CFDA Awards. Apparently she is a huge fashion geek.

The Barenaked Ladies have been together for 25 years and to celebrate they recorded a brand new album, Grinning Streak. They stopped by Live! to perform their new hit single, “Boomerang.”

The new single is a bit more country, at least in the vocals, and less rock than it used to be but the song still had those familiar harmonized choruses.

When Kelly asked how it felt to be together for 25 years they said there are times that seemed to fly by but then they think there is no way we had this much fun in less time. Just imagine, they have been together through their 20s, 30s and now they are starting on their 40s together.