On August 5 2013, Michael Strahan was joined by Good Morning America host Robin Roberts. Strahan and Roberts spoke with Paranoia star Liam Hemsworth  and We’re The Millers‘ Jason Sudeikis. Plus, get the latest news on Alex Rodriguez and the American Idol judges. 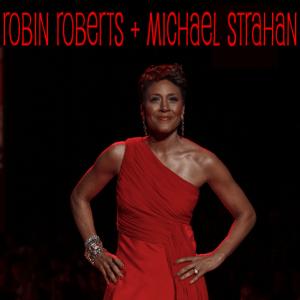 Robin Roberts gave us an update on her health situation and news about Alex Rodriguez’s possible suspension from professional baseball.  Tell us your thoughts about the A-Rod drug scandal here:

The American Idol judges panel could be including Will.I.Am and Jennifer Lopez, in addition to Keith Urban. Read about the two women that wrote each other for 74 years and recently met for the first time:

Liam Hemsworth said that Gary Oldman was a little intimadting during their Paranoia filming. Hemsworth went from Australian surfer to red carpet hunk with his three brothers by his side. While he didn’t talk about Miley Cyrus, he did preview his two new films, Paranoia and Cut Bank.

Jason Sudeikis told the funnest Kim Kardashian joke of all time, involving RV’s and antique shops. Click the link to get the joke, his connection to Cheers and the first time Sudeikis visited Saturday Night Live.